R A Brown attended the East of England region Energy Efficiency and Retrofit awards at the Hilton Stansted on Wednesday 13th March 2016. We were proud winners of the Regional Small Scale Project of the year 2016, for our work on The Emmanuel Church Community …

R A Brown Heating Services scooped another award at the Heating & Renewables Awards 2015 event, which was attended by 500 of the industry’s leading figures, at the Ricoh Arena, Coventry on Thursday 10th September 2015. We are celebrating winning Air Source Installer of the Year …

R A Brown Managing Director, Richard Brown and Commercial Director, Louise Howlett attended a ceremony with over 1,100 of the best companies across the building services industry at the Grosvenor House Hotel in London, where the winners of the 21st H&V News Awards were announced. …

We’re celebrating at R A Brown as we have just been awarded another National Award. On 25th April at a prestigious ceremony held at the Grosvenor House Hotel in London the Company was awarded the H & V News Award for Energy Efficient Installer of …

Award wins, team expansion and business growth. What a year!

We’ve had a fantastic 12 months here at R A Brown.  Here are a few highlights.   In April 2013, we scooped the title of ‘Rural Heating Installer of the Year’ at the H&V News awards, presented with a trophy at a glittering ceremony in … 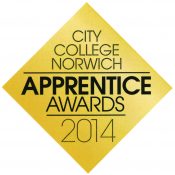 R A Brown wins Apprentice Employer of the Year 2014

We are very pleased to have been awarded the Apprentice Employer of the Year award from the City College Norwich.  At R A Brown we believe Apprentice training is the foundation of  supporting new engineers in the industry.  This follows Luke Brooks being awarded CIPHE …

Watch the R A Brown Story