R A Brown Engineers Charlie Bartram, Jordan Read and Luke Brooks are doing a charity skydive on 29th September at Beccles skydiving centre in aid of The Charity Heart 2 Heart.

The reason behind the Engineers supporting this charity is that Richard Brown collapsed after suffering a heart attack in June. Richard had stopped breathing and had literally ‘died’ as he was leaving Gorleston Sailing Club. He only survived because he was within 10ft of a defibrillator which was situated close to the Pier Hotel in Gorleston. 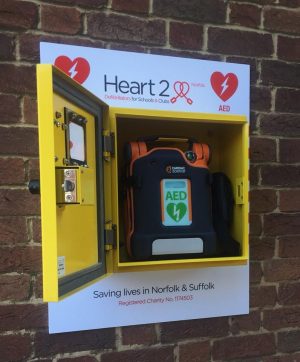 Richard was fortunate to be near the life-saving equipment which had been placed by Heart2Heart, club members had been trained to use it and knew the access code, unlocking precious seconds, which literally saved his life.

If you would like to support the engineers with sponsorship, please follow the link for the fundraising support page