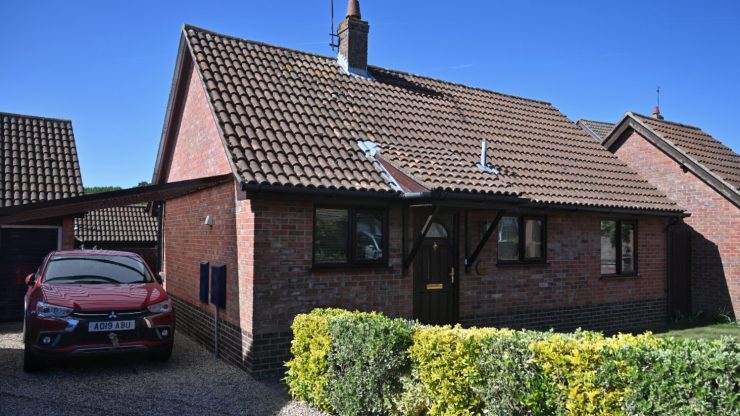 Mr & Mrs W live in a bungalow in a village within the Norwich area and were looking to make some changes to the energy use of his home.

Their home was heated with a gas boiler and they used both gas & electric for cooking. Mr & Mrs W had been considering making changes to their homes heating but with increasing energy prices and they were also concerned that there could be potential disruption to the gas supply due in the future due to the effects of the conflict in Russia & Ukraine.

The customer was aware of heat pumps being a more energy efficient way of heating their home and therefore started to look into the air source heat pump as a solution. Mr & Mrs W were aware of R A Brown as a local specialist and also looked at other renewable heating companies. 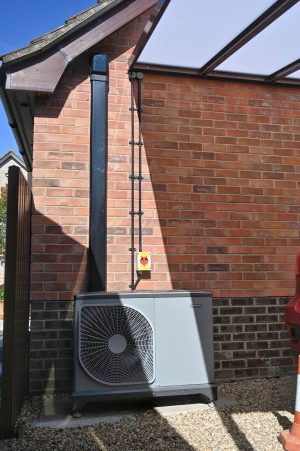 R A Brown design your heating system specifically for each individual home, understanding the size of the rooms, insulation levels, window sizes to calculate the heat losses of each room and recommend a suitably sized heat pump and radiator sizes for each room to ensure the system works to meet the needs of the customer and as efficiently as possible.

As Mr W was replacing his gas boiler with an air source heat pump this meant that he was eligible to claim the Boiler Upgrade Scheme which launched in April, this meant R A Brown were able to claim a voucher of £5,000 on his behalf towards the cost of the upgrade of the system.

The installation was completed whilst Mr & Mrs W were on holiday, Mr W said “We couldn’t fault the engineers, their work was clean and tidy and they cleaned up after themselves and even washed up the tea cups” “The aftersales has also been brilliant, we had our 6 week follow up to check the settings and for us to ask any questions, so that was really helpful”

“We have also changed our cooker from dual fuel to an electric cooker and as a comparison of our energy costs, despite the increased energy prices this year, we are still paying 50% on fuel, compared to the same time last year (with lower energy prices)”