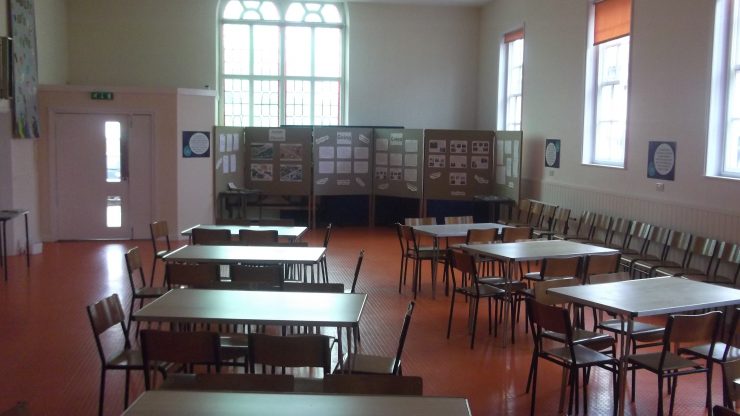 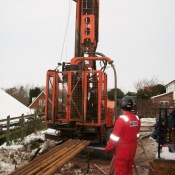 The Project Manager for the Emmanuel Church Community Rooms, was looking for a renewable heating system to be designed.  This was following the Church having already installed 220 PV solar panels, as part of their Going Green project in to their Community Rooms.

The current situation when the Project Manager contacted us, was the main hall had a suspended wooden floor with no insulation beneath.  Most of the windows were double glazed, dated from the 1990’s and all the heating was provided by gas wall heaters that provided inadequate heating.  The Cloakrooms had electric over basin water heaters, with no hot water supply to these areas and the kitchen had instant gas water heater.  All these factors meant that the heating supply was inefficient and making the Community rooms difficult for the whole community to use all year round.

The church congregation and surrounding community were involved in the process of looking at viable options.  The project team decided they wanted to proceed with R A Brown fitting a NIBE F1345 30kw Ground Source Heat Pump with NIBE Solar thermal panels and Pex-al Multi-tubo underfloor heating.  This involved seven boreholes to be drilled as the only outside area available was a very small car park, therefore surface collector was not a viable option.

The difference this has made to the Community has been immeasurable and is clearly demonstrated in the feedback we received.

‘I am not a person who normally writes to companies to say how satisfied I am with their work, but on this occasion, I would like to make an exception.
Our Community buildings at Emmanuel Church in Bungay have always been well used in the warmer summer months but as soon as the weather started to cool, we had problems in keeping our building warm enough. We constantly received complaints from hall users that it was too cold because the wall mounted gas heaters were ineffective and that they couldn’t even use the cloakrooms because the instant hot water things weren’t working properly.
Now, after the ground source heat pump and under-floor heating system have been installed along with the hot water system using solar thermal panels and the heat pump, all we receive is praise. Our bookings are up and the building is just as busy as in the summer months. One of the organisers of the regular luncheon club has reported that the older folk used to rush off as soon as the meal was over but now they hang around after a meal and socialize’

‘The hall users just come in and use the space, there is nothing to turn on or turn off.  Having a proper hot water system is a great asset, the number of people who have commented about being able to wash their hands in hot water after using the cloakrooms has been phenomenal and they all add, and it’s warm in there too’

The Community Rooms has also benefited in being able to apply for the Non Domestic Renewable Heat Incentive, which has meant they are receiving a payback for their investment.