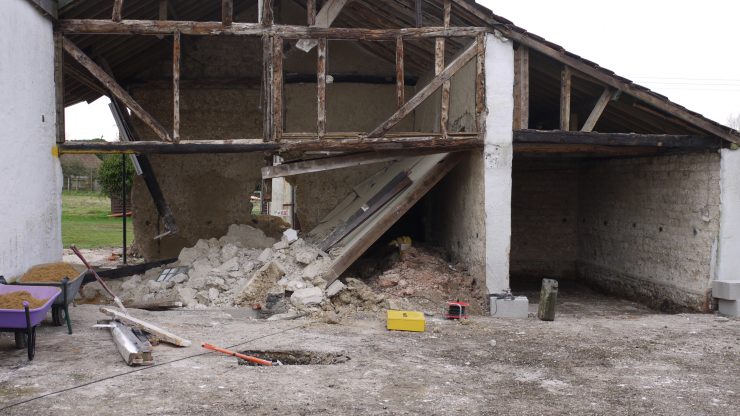 Mr & Mrs K had recently retired and moved from Hampshire to Norfolk.  They were renovating a barn on their land with the plan to move from the Farmhouse they currently lived in, into the renovated barn once it was completed.

Mr K said “As we are not near any gas mains, we planned to install a conventional oil fired hot water and central heating system.  Our Building Control Officer suggested we look at other options and after preliminary discussions with our energy assessor, it was clear that given the traditional nature of our barn’s construction of shuttered earth and clay lump, we were going to struggle to achieve an acceptable EPC rating.  He advised that a ground source heat pump and underfloor heating would help compensate for other poor U-value performing elements of our building”

“Whilst researching renewable energy options, I came across the Renewable Heat Incentive.  I realised that although the capital cost of a ground source heat pump and an underfloor heating system would be more than a conventional system, after RHI rebates were taken into account, the difference in cost would be fairly minimal and I would benefit from cheaper running costs too” 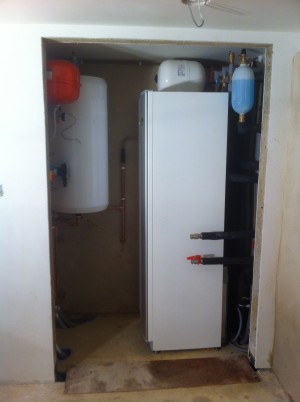 “I spent some considerable time searching the internet for specialist contractors and many hours perusing their websites.  In the end, I shortlisted several companies who offered renewable energy services and sent them a scope of works and requested quotations.  Of the several quotations received, R A Brown’s gave me the most confidence and I subsequently invited them to our property to discuss our requirement in detail”

“Andy & James spent several hours with us explaining the quotation and inspecting the building.  At the end of that discussion and after receiving written clarification on a couple of points, I felt happy to proceed”

R A Brown supplied Mr K with the collector pipe and he arranged for the pipes to be dug into the ground. We then completed the full plumbing service and the property was fitted with a NIBE F1245 8kw Ground Source Heat Pump and Underfloor Heating, with an additional radiator to a single room located on a mezzanine floor, which has achieved a 4 star rating system.

Mr K said “I remember James trying to describe what the internal environment would be like.  He said that we wouldn’t notice anything and he was right, we are neither too warm nor too cold.  In fact, we spent rather a lot on a wood burning stove and haven’t lit it, not once.  The Underfloor heating is wonderful, warm feet equals warm body.”

Mr K also said “The guys finished here today, so I am writing to say thank you for a job well done.  We are pleased with the performance of the installation to date and the standard of workmanship.  We did of course express our views to Luke and Charlie, but perhaps you could pass on our compliments to them again.  Please also thank James for all of his help and advice”

Since the installation Mr K has told us “We maintain an internal temperature of 22 to 23°C and there is always sufficient hot water in the taps and shower, based on my calculation, it looks as though our electricity bill for a year will be in the region of £1,000.  When we budgeted our move from Hampshire in 2013, we expected energy costs (electricity and oil) to be in the region of £2,300, so we are very happy”