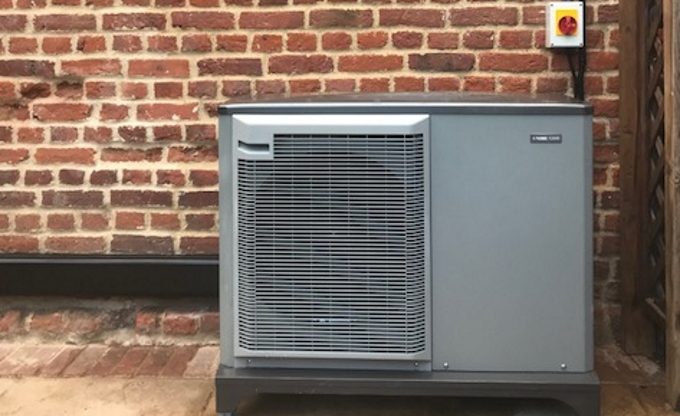 Mr & Mrs D live in a 2 bedroom converted stable block in a rural area of Norfolk with no gas supply. Their barn conversion was part of a complex of 6 barns which had been converted by a property developer. The developer installed a water source ground source heat pump from a large pond with 2 bore holes to provide the energy for four of the six barns. 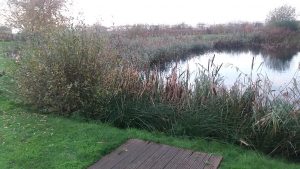 Mr & Mrs D had found that their GSHP compressor failed after 7 years as the compressor had seized.

R A Brown advised that after calculating the heat required to heat the property and the available energy from the source, it was insufficient to heat the home. It was established that the water source was not able to produce enough energy to heat one barn and unfortunately this pond was trying to heat four homes. Therefore the system had failed due to being designed incorrectly. The compressor was overworked because it was starting and stopping numerous times per hour to overcompensate to try and keep the system running.

“We initially considered a replacement ground source heat pump unit to replace the existing one. However we were advised by R A Brown and the other company who quoted that our existing underground pipework was insufficient to run the systems for the properties, therefore an alternative system was needed”

“We were impressed with by the awards R A Brown had achieved and that they had a showroom which was open early so we could visit them to discuss our requirements. We were able to view the options available and make comparisons with regards to efficiency and noise etc.”

“We also considered quotations from another company and the original installer. R A Brown appeared the most professional with the best customer service and understanding of our requirements, they were also able to guarantee an installation as soon as possible as at the time we were without heating and hot water”

The property had insufficient land for ground collector to be laid and due to the fact the property had a shared drive, the drive was not suitable to consider boreholes. Therefore an air source heat pump was the most suitable solution.

R A Brown fitted an ASHP 8kW NIBE with a VVM 320, the existing property pipework did not meet current building regulations and therefore R A Brown replaced this and then were able to connect to the properties existing underfloor heating which was already laid throughout the property.

Mr D had previously paid £1600 a year on electricity due to the original system working so hard. He said he now has a “constantly warmer home with near silent running and a more compact and advanced unit”

“We are also really pleased with the fitting of the new system within our utility room, the unit and pipework is much neater, cleaner than the previous installation, giving us more room available”

Due to the new system being installed by the home owner, Mr D is now also eligible to claim the Renewable Heat Incentive which he was previously ineligible for.

He said he would recommend R A Brown due to their “Professionalism, Workmanship and Knowledge”