200 year old Norfolk Cottage, moving from Oil to an ASHP 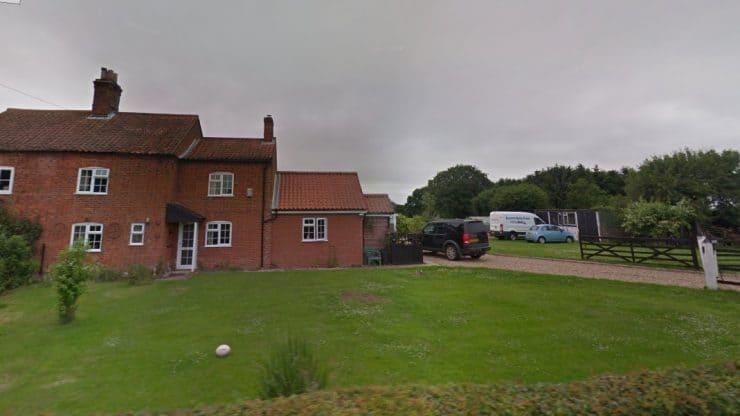 Mr & Mrs S moved to Norfolk in September 2021, after purchasing a 200 year old cottage in Norfolk, which had been extended both in Victorian times and more recently in the 1990s.

The home was purchased with view to renovating it, Mr S said “It was clear that our house contained a nightmare of plumbing, two immersion tanks which used huge amounts of electricity and an oil-fired central heating system with a boiler at the very end of its life. Additionally, the oldest part of the house was not even connected to the main central heating system, but to an antiquated back boiler connected to solid fuel fire.” 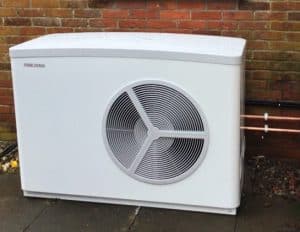 “We were keen to reduce our family’s environmental impact and our use of fossil fuels, so the oil line was disconnected, the oil tank taken away, and we looked for alternatives for warmth and hot water. We were not sure that a heat pump would be effective or practical in such an unusual house, but we did our research, got in contact with RA Brown, and went to the showroom about ten miles away. At no point did they suggest that an installation would be impossible. We had quotes for both ground source and air source pumps and chose air source as it would not involve disruption to our garden – it was the better option for us in terms of price. This was to be a huge investment for us, with eighteen new radiators and such complex plumbing issues to resolve.”

R A Brown installed a Stiebel Eltron 13.5kW air source heat pump, with a 300L hot water cylinder and 100L Buffer vessel. The whole heating system was re-piped, reconfiguration of existing radiators which could be used and installing eighteen new radiators in the rooms which had none.

Mr S said “Work started at the beginning of January, and on the first day, five engineers were present. Work was carried out in a highly methodical and systematic way, and we were briefed at the end of each day about what had been done, and the work to be done the following day. The most important thing about the installation was that one engineer was assigned the project and was with us throughout the project.”

“Pipework was simplified, radiators were hung, electricians installed the cabling, and it was clear that work was going smoothly. After several weeks, the system was complete, and was switched on. We had had no heating in the house from October to February, but the change in temperature was swift, and we were quickly able to use all the house. What a relief after a very cold and windy winter!”

“Our house is now consistently comfortable, with the new radiators feeling gently warm. The heat pump outside is quieter than we thought possible; RA Brown advised us that there would be some noise from the indoor plant machinery (buffer vessel) , and that this part of the installation should be placed in our conservatory (which previously housed the oil boiler)  – very good advice.”

“By having this installation, we have reduced our carbon footprint, removed oil from our property, simplified the plumbing in our house, and no longer need to light our log burner. The huge price increase of fuel oil early in 2022 has also meant that our air source pump has been an outstanding investment for the future. “